The New Company to be established will have over 470 pharmacies and full online pharmacy operations, over 2,300 full-time employees and an illustrative combined revenue of EUR 1,140 million as of 2020 in Sweden. The New Company is expected to be the third largest player in the Swedish pharmacy market by revenue, with an estimated combined market share of 25 percent.

The transaction is motivated by the opportunity to create significant synergies and increase the scale and market presence of the New Company.

Oriola has owned 100% of Kronans Apotek since 2012. Kronans Apotek has 322 physical pharmacies in Sweden and in recent years, it has had a strong omni-channel strategy and focus on growing online operations: Oriola has strengthened Kronans Apotek’s operations amongst others by investing in and developing a competitive and scalable e-commerce solution.

The pharmacy market conditions in Sweden have changed during the past years as a result of consumer buying behaviour shifting more towards online sales. This digital transformation has been driven by fast growing pharmacy e-commerce and has been further accelerated by the COVID-19 pandemic. The development has been to the benefit of pure online players and brought new such players to the market, while traditional pharmacy chains have also invested heavily into e-commerce.

In the changing market conditions, Oriola estimates that the contemplated merger combining Kronans Apotek and Euroapotheca’s Apoteksgruppen will be a value creating transaction. The transaction is estimated to create annual run-rate synergies of approximately EUR 25 million on EBITDA level. Main recognised synergy sources are administration related costs as well as other fixed costs. The synergies are expected to realise in full by the end of third year from closing. One-off costs and investments relating to integration and synergy extraction at the New Company are estimated to be approximately EUR 25 million.

With complementary pharmacy networks of Kronans Apotek and Apoteksgruppen, the combined entity is expected to have an increased scale and a strengthened market presence: by revenue, the New Company is expected to be the third largest player in the Swedish market and to reach an estimated combined market share of approximately 25 percent. Kronans Apotek’s current market share is approximately 16.3 percent. Economies of scale form a major part of the identified value creation opportunities together with combining the strategic capabilities of the companies. For example, the New Company is expected to focus strongly on expanding the e-commerce as the consumer behaviour is shifting.

“We are delighted to publish the planned merger of Oriola’s Kronans Apotek and Euroapotheca’s Apoteksgruppen, creating significant synergy opportunities in the pharmacy business. The contemplated transaction is a logical step in Oriola’s transformation and consequently Oriola will focus on its societal role as an infrastructure company of pharmaceuticals distribution and providing services to pharmaceutical companies and pharmacies. With this common venture, during the next 2-3 years the new company will concentrate in capturing the synergies,” comments Panu Routila, Chairman of the Board at Oriola.

“We are happy to announce further development of Apoteksgruppen, a continuation of our investments started in 2018. Sweden remains a very important market for Euroapotheca Group, and we have been looking for opportunities how to increase our presence there. Forming the new company of Apoteksgruppen and Kronans Apotek will create a well-established No. 3 player in the Swedish pharmacy market and will also unlock substantial synergy potential, which will enable to remain competitive in the changing market dynamics characterised by the increasing shift towards online,” comments Paulius Mencas, Chairman of the Board at Euroapotheca.

The transaction is subject to competition authorities’ approval and is expected to close at the latest during the second half of 2022.

As a consequence of transferring EUR 134 million of Oriola Consumer’s liabilities to the New Company consisting mainly of IFRS 16 related leasing liabilities as well as factoring, Oriola Group’s net debts will be decreasing.

As stated in Oriola’s January‒September 2021 interim report, Oriola has entered the first phase of its transformation. The company has ongoing initiatives to ensure its primary role in society efficiently and with high-quality operations and to improve profitability.

Simultaneously, Oriola will actively seek to increase the value of the New Company on the Swedish pharmacy market as an active owner.

“In recent years, Oriola’s performance has not been satisfactory and thus, we are currently executing the rigorous turnaround measures to improve profitability and operative efficiencies of Oriola. The announced planned merger of Kronans Apotek and Apoteksgruppen marks a significant step on this path. After the transaction closing, Oriola will continue to have an important role in the society by delivering pharmaceuticals and other health and wellbeing products to its customers. The company’s focus will also be on adjacent services to its customers, from pharmaceutical companies to pharmacies,” comments Elisa Markula, CEO of Oriola.

Oriola is in the process of renewing its business strategy and will present the new strategy in the Capital Markets Day to be held on 5 May 2022.

The Board of Directors of Oriola has considered several factors in its assessment to approve the transaction, including, but not limited to, a fairness opinion (the “Fairness Opinion”), dated 8 February 2022, obtained from Oriola’s financial advisor, Nordea Bank Abp (“Nordea”). According to the Fairness Opinion the consideration to be received by Oriola in connection to the proposed transaction is, as per the date of the opinion and subject to the assumptions, limitations and qualifications set out therein, fair from a financial point of view.

Key facts of the entities to be combined

*) At the end of 2021, 43 pharmacies have been operated under Apoteksgruppen brand on franchise agreements by independent entrepreneurs.

Oriola is being advised by Nordea Bank Abp as the financial advisor, Railo Partners Ltd as the project execution lead and Hannes Snellman Attorneys Ltd as the legal advisor. Hill+Knowlton Strategies acts as the communications advisor to Oriola.

Oriola Corporation will organise a live-webcast meeting for investors, analysts and the press on 9 February at 11.00 a.m. The event can be followed as a live-webcast accessible through this link: https://oriola.videosync.fi/2022-02-09.

Panu Routila
Chairman of the Board, Oriola Corporation

Chairman of the Board and CEO, Euroapotheca UAB 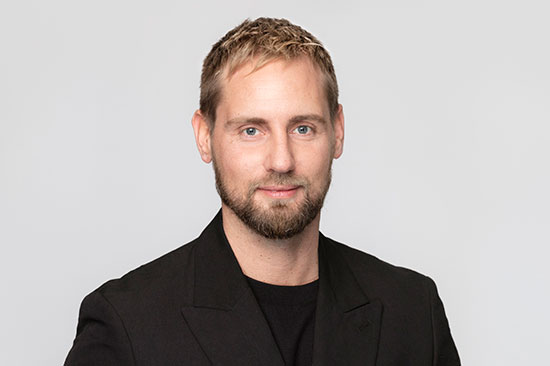 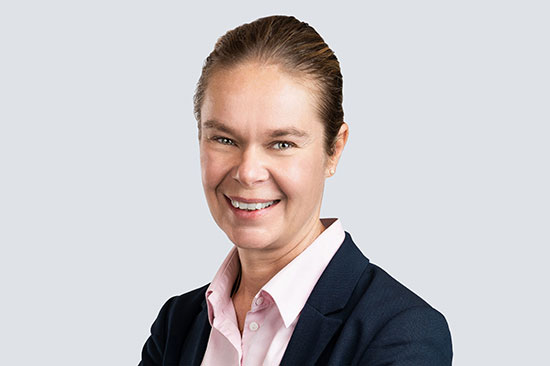