The implementation of the new ERP and warehouse management system in Finland in the beginning of September met unexpected difficulties, resulting in disruptions in the Finnish distribution. The operation experienced lower efficiency and unplanned disruptions in picking and delivery. Oriola lost approximately EUR 4 million of net sales as non-pharmaceutical products were released into distribution only partly in September. The impact of the lost sales, and the additional costs of resourcing extra working shifts and ensuring the availability of critical medicines to pharmacies, hospitals and veterinarians lowered the third quarter adjusted EBIT of the Services segment by EUR 5 million. The effects of the system ramp-up will continue to burden also the fourth quarter of 2017.

In the Healthcare business the costs for starting the Swedish dose dispensing production for the Norrland region are higher than anticipated, and the result of the Healthcare segment will stay negative in 2017.

The Adjusted EBIT of continuing operations on constant currency basis is estimated to decrease from the 2016 level. The adjusted EBIT was EUR 59.3 million in 2016.

In the Services business the major change happened in Finland, where the new ERP and warehouse management system was taken into use in the beginning of September. The new system started with unexpected difficulties, and a lot of effort was needed to bring the delivery performance back to normal level. During the first two weeks of September the service level in pharmaceuticals dropped to an average 72 per cent, and by the end of September 95 per cent of the pharmaceutical orders were delivered to pharmacies within the promised 24 hours. During October the performance levels in pharmaceutical deliveries have returned to normal, and non-pharmaceuticals will return to normal by the end of the month.

The personnel of Oriola Finland have done their utmost to resolve these difficulties, deliver the pharmaceuticals and inform the customers under great pressure. Our customers, pharmacies and pharmaceutical companies alike, have shown their support in helping us, and secure the delivery of critical medicines to the consumers. I want to thank both our customers and personnel for the flexibility and co-operation under this transition time.

In the third quarter we continued our work on the development actions started during the second quarter in the Consumer business in Sweden. The competition in the market is intensive and the cost of online development, newly established pharmacies, and the start-up costs of the Finnish health and wellbeing chain burdened Consumer business area profitability. The online sales in the Swedish pharmaceutical retail market continues to grow at a fast pace and is estimated to reach approximately 7 per cent of the Swedish pharmaceutical retail market by the end of 2017. Our online sales have developed well, and based on the Company’s estimates have grown faster than the market in 2017. The preparation work for the launch of Oriola’s and Kesko´s new chain of comprehensive wellbeing stores in Finland continued. The first stores are planned to be opened in the beginning of 2018.

The Healthcare business continued the work on efficiency improvements in the dose dispensing, in order to improve the profitability in Sweden. At the end of September 2017 Oriola served approximately 68,000 persons with dose dispensing in Sweden and Finland.

This stock exchange release is a summary of Oriola Corporation’s Interim Report January­­–September 2017. The complete report is attached to this release in pdf format and is also available on Oriola’s website at www.oriola.com/investors.

A teleconference on the financial information will be held by Oriola Corporation on the same day starting at 2.00 p.m. Finnish time, tel. +44 20 3059 8125, confirmation code "Oriola". The event can be followed live as an audiocast accessible at www.oriola.com/investors. The language of the teleconference will be English. 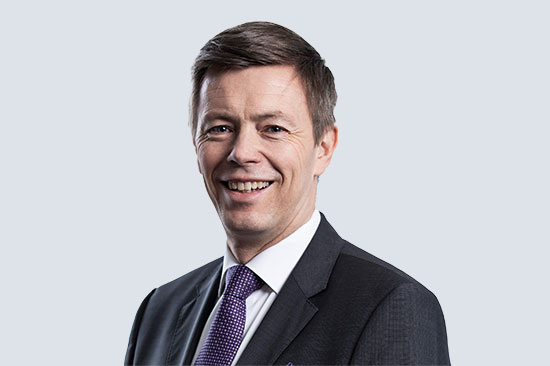